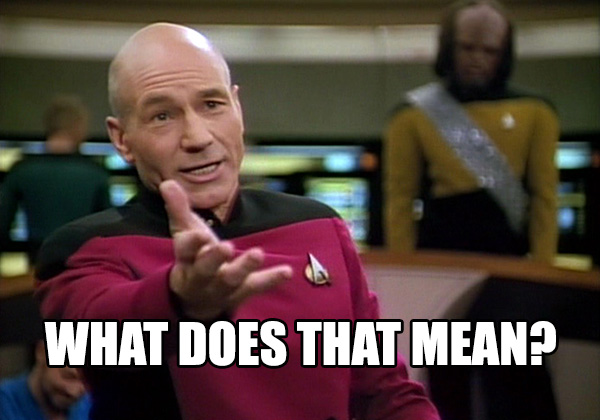 The internet is a strange and wondrous place, but it is constantly changing. It’s hard to keep up. We are here to help by explaining “what does that mean?”

There has been a lot of information in the news about hacking, leaked emails, server connections to Russia and cyber attacks. Even for seasoned veterans of the tech world, it can get a little confusing.

Just over a week ago, a massive cyber attack crippled major websites from Twitter and Etsy to Netflix and Spotify. The attack was directed at Dyn, a service provider for numerous major internet outlets. Dyn is a content distribution network. Basically, it filters information on huge websites and helps balance the load across servers.

They were bombed with a huge Domain Denial of Service attack that slowed their network to a crawl and, for a while, shut it down completely.

A Domain Denial of Service (DDoS) attack is, put simply, an internet traffic jam. Every time you visit a website, the server where that website resides has to take an action. Your browser says, “I want to go to the front page of SiteMender.com” (called a “request”). The server then takes you there. Imagine 1000 or 10,000 or 10 million of those requests coming in every second. That is a DDoS attack.

Why is it a problem?

These attacks are calculated. Some are hackers trying to make a point (“We can shut you down any time.”) while others do it to see if they can. Still others are using it as a means of testing for vulnerability on a network. Whatever the reason, it can slow or even shut down single servers and, as was the case with Dyn, entire networks.

It likely already has. Our hosting provider has been the subject of DDoS attacks. So has every major service provider in the U.S. It is part of the landscape of life on the internet.

How do you prevent it?

There are things that can be done to mitigate it. Use of firewalls on servers and security software on websites certainly helps. We and our hosting provider monitor traffic diligently looking for spikes. We also check for server and software vulnerabilities regularly. But, ultimately, all we can do is weather the storm when it happens.

The good news is that they are rare and relatively infrequent. It is impossible to know when it will happen. Unlike a hurricane, we rarely see these attacks coming. Fortunately, we’ve only dealt with a handful of them in the last few years. Most last only a few minutes. At the most, they go on for an hour or two.

The truth is that the internet is massive. The chances of being subject to a DDoS attack are pretty high, but the frequency is very low. And there are experts working on solving these issues every day, so no need to lose sleep over it.